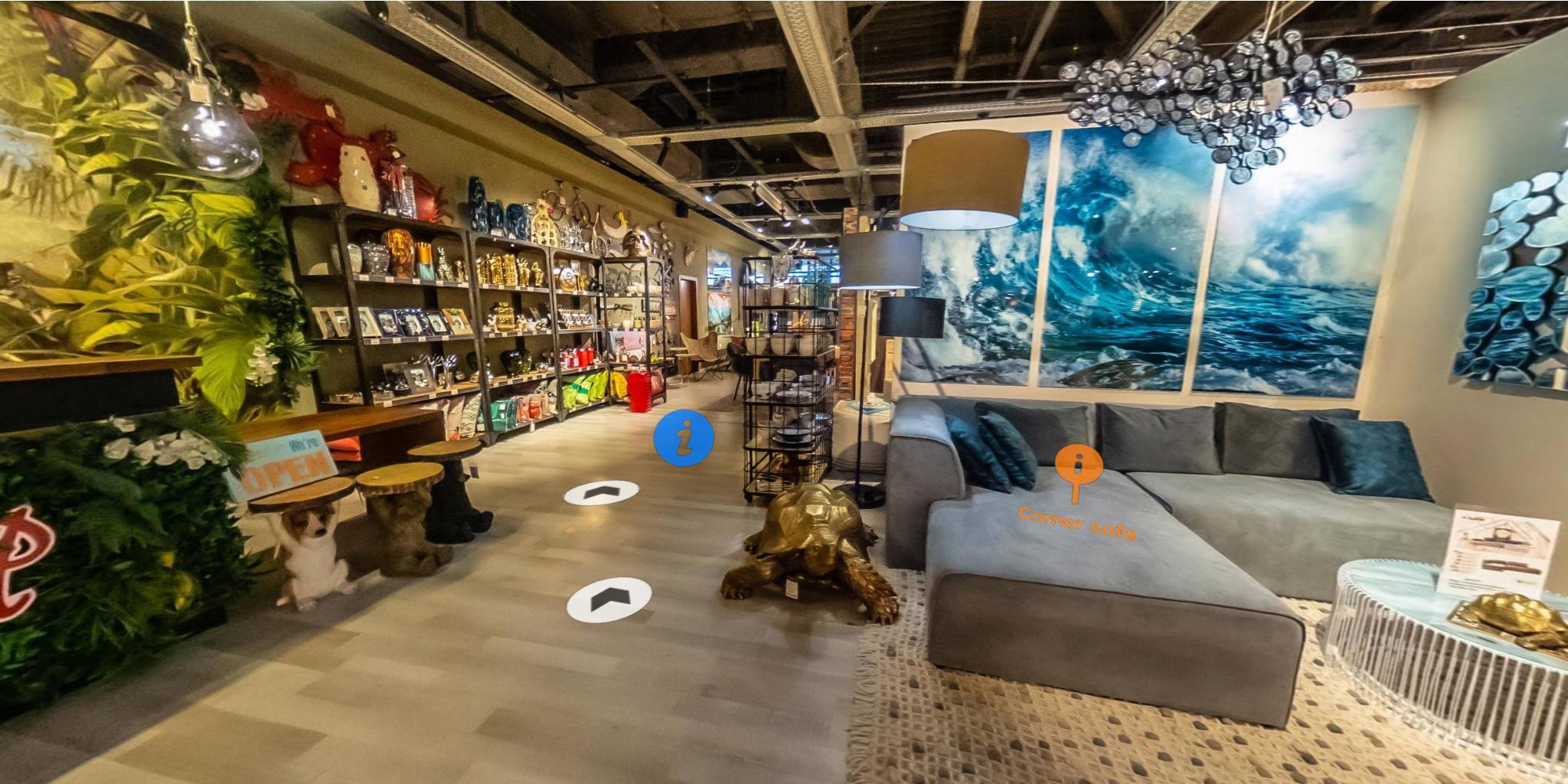 Virtual Tour 360 is an idea that is already a few years old but is only now starting to make its way more and more into the marketing world and is becoming one of the most popular ways to connect companies with customers and grab their attention. In this article, I’ll introduce you to what Virtual World is and why it’s aimed at your business.

Virtual Tour 360, 360° tour, panoramic tour, the names are many, and there is a wide range of technological possibilities in the field of “Virtual Tour”. It may seem a bit overwhelming at first glance, but ultimately it gives us the ability to find the right virtual solution for any industry. From stationary stores, to travel agencies, car dealerships, boat rental dealerships, and finally the real estate industry. I want to walk you through some terms and explain the differences and similarities between panoramic tours and 3D tours, and show you when it’s best to bet on which technology. I invite you to continue reading the article.

What is a virtual tour?

A virtual tour allows you to digitally explore places and get a better sense of the space, including through the use of VR googles. The central elements of a virtual tour are the free control of the view, which is usually possible through the use of 360° images, as well as the juxtaposition of several image positions between which the user can move back and forth along a specific path programmed by the creator.

In most virtual tours, additional content can be integrated as clickable information points to turn a digital visit into an interactive virtual tour. This can be text, images, video, booking forms, dynamic content or simply PDF files – for example, if a user sees a flyer lying on a table, they can then click on the information point and download it or view it on their screen. The latest forms of virtual tours are even more advanced and attractive. They feature a photo gallery, background music, gyroscope support and much more. 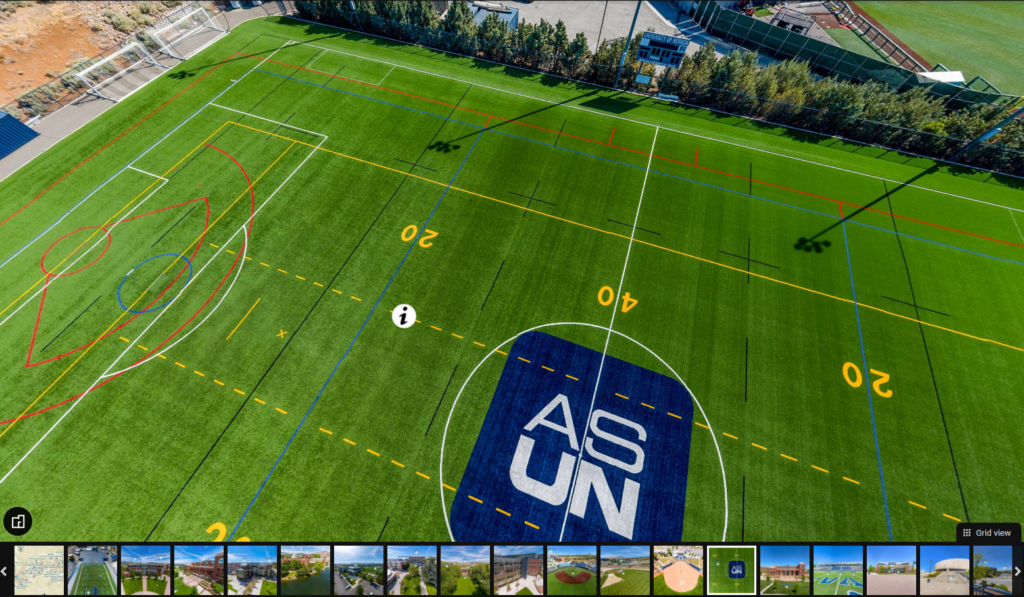 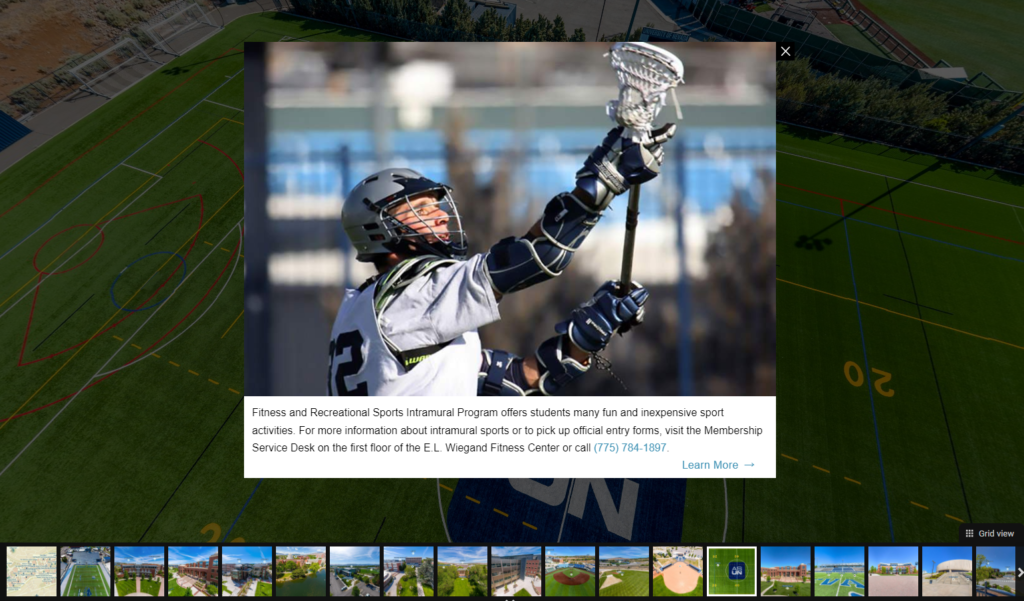 A virtual tour consists of interconnected 360° panoramic photos taken by a special 360° camera in several directions simultaneously. The photographer does not choose a portion of the image, but the camera’s point of view from which it captures the entire sphere. Then there are various ways to combine the individual 360° photos to create a virtual tour.

For a long time, the term 360° tour was ultimately just another synonym for virtual tour, since the latter, as described above, involves combining dozens of 360° photos. Since 360° photos are also called spherical panoramas, the term panoramic tour has become perpetuated among some developers and users. The term panorama comes from ancient Greek and means something like “all-encompassing view” or, more simply, “panoramic view” and is characterized by covering a large angle of view. However, this can lead to misunderstandings, as panoramic photography is often understood to mean only images covering a wider field of view, but not covering the entire cross-section of a 360-degree image.

A 360-degree tour is particularly useful when you want to give the user virtual access to selected areas. Accordingly, various points that provide added value in terms of content are selected in advance, while unnecessary corridors or redundant areas are skipped. The goal when creating a 360-degree tour should be to take as many shots as possible in the best quality. In this way, the user gets a complete picture of the location without getting lost, bored or bouncing off the walls. A 360° degree tour can be just as useful for a virtual tour of a property as it is for a tour of a company, museum or stationary store.

A 3D walkthrough (3D tour) is designed to create the fullest possible sense of space. For this purpose, panoramic images are anchored in a 3D model. 3D data can be collected using photogrammetry, laser scanners or infrared sensors. For this purpose, during 360° photography, usually many more recording/measurement points must be taken to create a digital representation of the building. The best points are then selected and can be virtually walked around within the 3D model, thus creating a virtual tour. The following example of a 3D tour shows the difference: 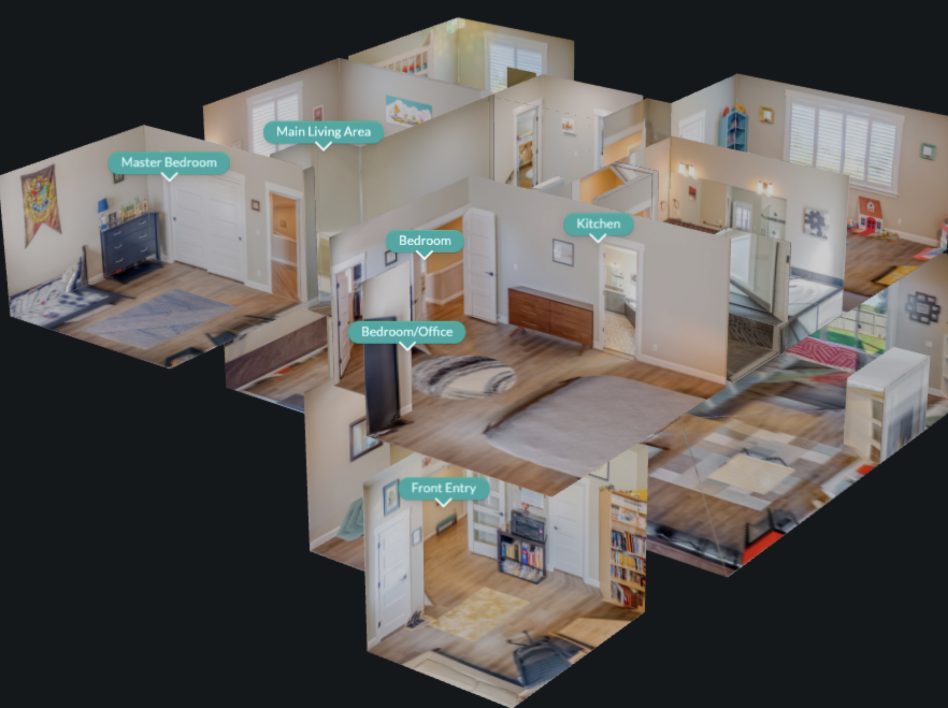 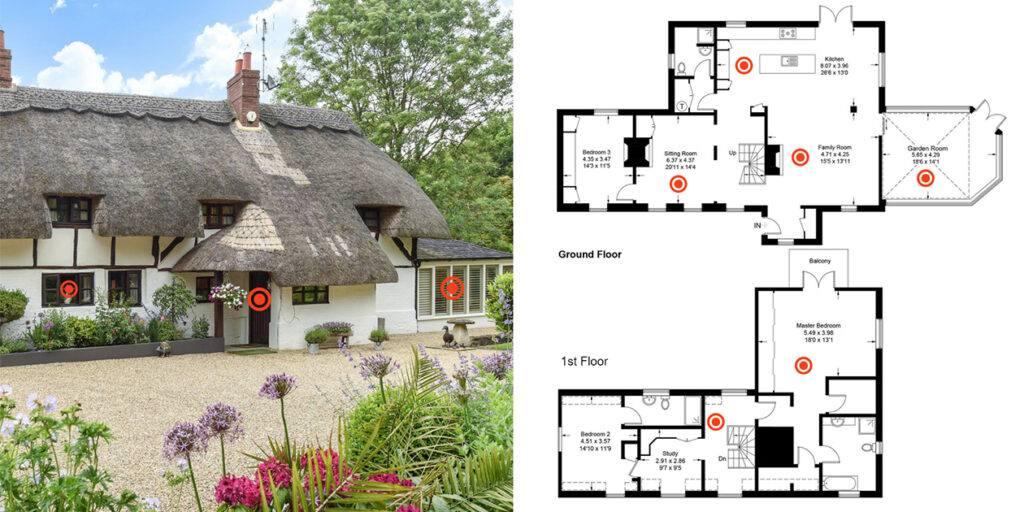 The confusion over the term stems from the fact that 3D tours can include both modeled 3D living rooms based on renders and 3D tours of real objects, although they differ greatly in terms of creation and cost.

A 3D tour works particularly well as a property tour because it is closer to an actual site visit than any other technological solution. Because of its innovative design and seamless operation, the 3D tour is becoming increasingly popular with other target groups as well – from virtual office tours to hotel tours.

The previously described Virtual Tour 360° or 3D solutions can also be viewed in VR glasses. It becomes a virtual reality tour. As a rule, the preparation for virtual reality is an additional element and has the advantage that the user can thus be completely immersed in the virtual environment, without any external distractions. A 3D tour can be even more immersive because of the stereoscopic images.

Google Street View is a platform where 360° images are integrated and displayed as a Google tour in your Google MyBusiness account and Google Maps search engine. This usually provides even greater visibility, as searchers can satisfy their need for information at an early stage. To create a Google Tour, panoramic images can be uploaded and linked directly through the Google Street View application or imported through the interface.

It can be very easy to confuse Virtual Tour 360° with their close relatives – videos 360°. What both have in common is that they consist of spherical panoramas in which the user can look around freely. A 360° tour, however, is based on static photo recordings, while 360° videos are recordings of moving images, as the following example shows:

360° videos can be embedded on YouTube or Facebook, making them increasingly popular, especially in social media marketing. For the presentation of buildings, a 360° video tour is particularly suitable when, in addition to the impression of space, movement is to be captured, for example, of working machinery, or when an employee leads through a virtual tour as a guide and reports something about individual positions.

The advantage of a 360° degree tour is that it is highly effective and interactive. Your potential customers can get a clear picture of the atmosphere and climate of your establishment.

Who is the Virtual Tour offer aimed at?

Get more bookings with Virtual Tour 360°

Our virtual tours create a unique experience, transparency and trust in your business. Visitors stay longer on your site. Prospects for more bookings and better ratings increase significantly. Additionally, your establishment stands out from the competition and positions itself as an innovative, trustworthy and customer-friendly business.

360° tours are an effective marketing tool with an eye-catching effect, which is particularly effective in attracting new customers and is the primary advantage of a 360° virtual tour.

Why create a virtual tour?

A photo is good, but a professionally taken photo is even better. But you only get real added value with a virtual tour. Thanks to Web 2.0 technology, Internet users are used to interacting on websites and, in fact, expect this from any service provider.

Missing information or impressions raise questions. With a virtual tour, your potential customer is no longer a passive observer, but an active explorer! With this exclusive and interactive communication tool, the identification of your target audience with your company increases. This leads to every potential customer directing their interests to your tour. Take advantage of the benefits of a 360° tour and get more customers and thus more sales for your company.

You will be amazed at how your company can look beautiful.

In my next article I will present the 7 best uses for Virtual Tour 360° Also sign up for the newsletter to stay up to date.

Cookie SettingsPrivacy PolicyAccept All
We use cookies and other tracking technologies to improve your browsing experience on our website, to show you personalized content and targeted ads, to analyze our website traffic, and to understand where our visitors are coming from. However, you may visit "Cookie Settings" to provide a controlled consent.
GDPR consent

This website uses cookies to improve your experience while you navigate through the website. Out of these, the cookies that are categorized as necessary are stored on your browser as they are essential for the working of basic functionalities of the website. We also use third-party cookies that help us analyze and understand how you use this website. These cookies will be stored in your browser only with your consent. You also have the option to opt-out of these cookies. But opting out of some of these cookies may affect your browsing experience.
NecessaryAlways Enabled
Necessary cookies are absolutely essential for the website to function properly. This category only includes cookies that ensures basic functionalities and security features of the website. These cookies do not store any personal information.
Non-necessary
Any cookies that may not be particularly necessary for the website to function and is used specifically to collect user personal data via analytics, ads, other embedded contents are termed as non-necessary cookies. It is mandatory to procure user consent prior to running these cookies on your website.
SAVE & ACCEPT